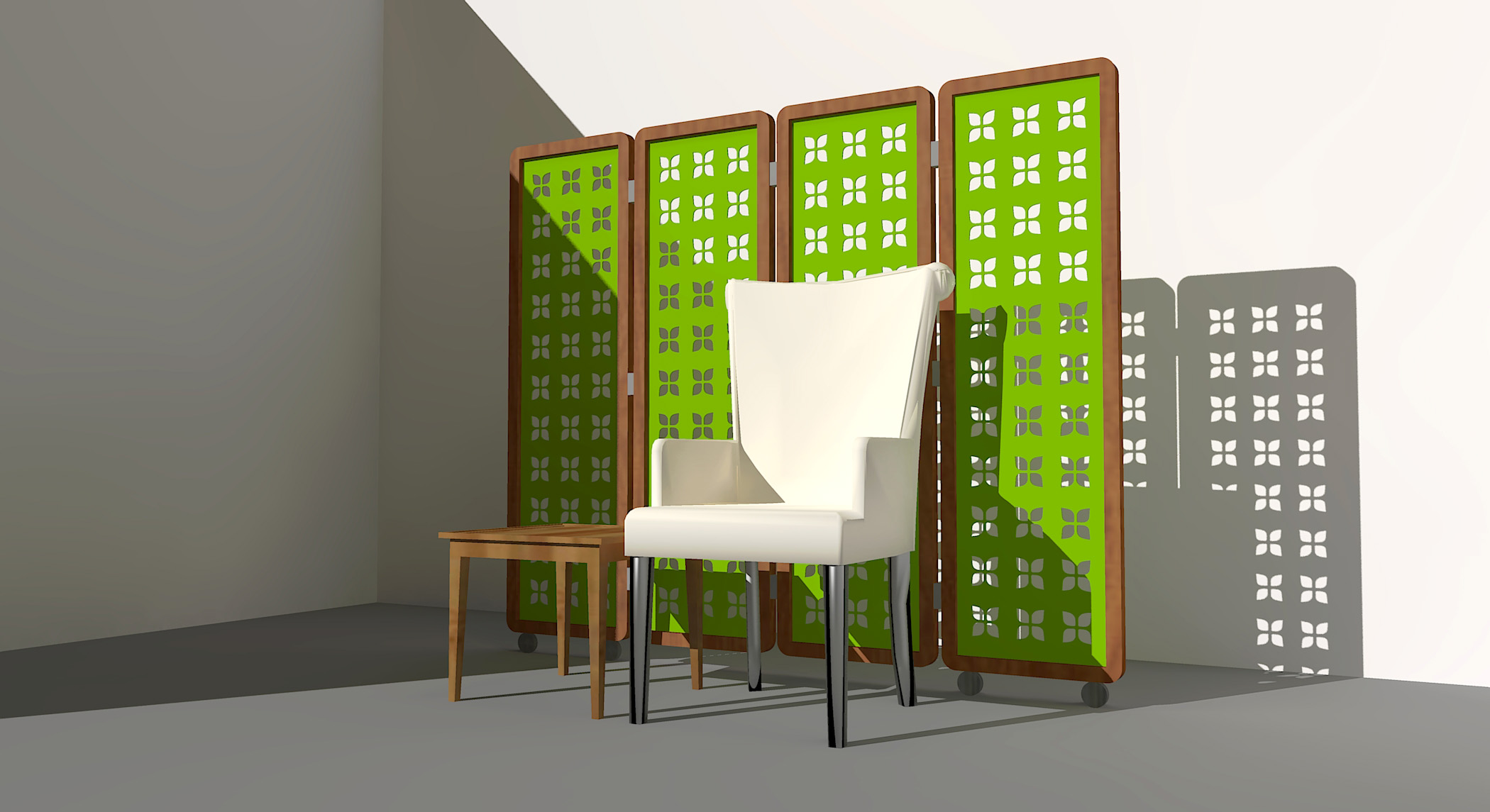 Located in St. Albert, Alberta, Foyer Lacombe is a health facility specializing in long-term care and hospice care. Previously a chapel, the converted space lacks private or flexible areas for both staff and residents. In this self-directed project, I focused on improving the common gathering area inside the hospice ward.
Challenge
I connected with the site lead nurse, who led me on an extensive facility tour. The areas visited included the long-term care residents' rooms, the dining and kitchen area, the staffing offices and the hospice care ward. Based on the timeframe and observations, I chose to work on a design concept that could make the hospice ward more home-like, welcoming and multi-functional.
Process
The main concept is a movable wall panel system, which draws influence from traditional folding screens. The panels can be used to divide and create smaller spaces within the larger common area of the hospice ward. Panels have noise-insulating felt, and sit on rolling casters that can be locked down, making them easy to set up by staff, family members and residents.
Concept 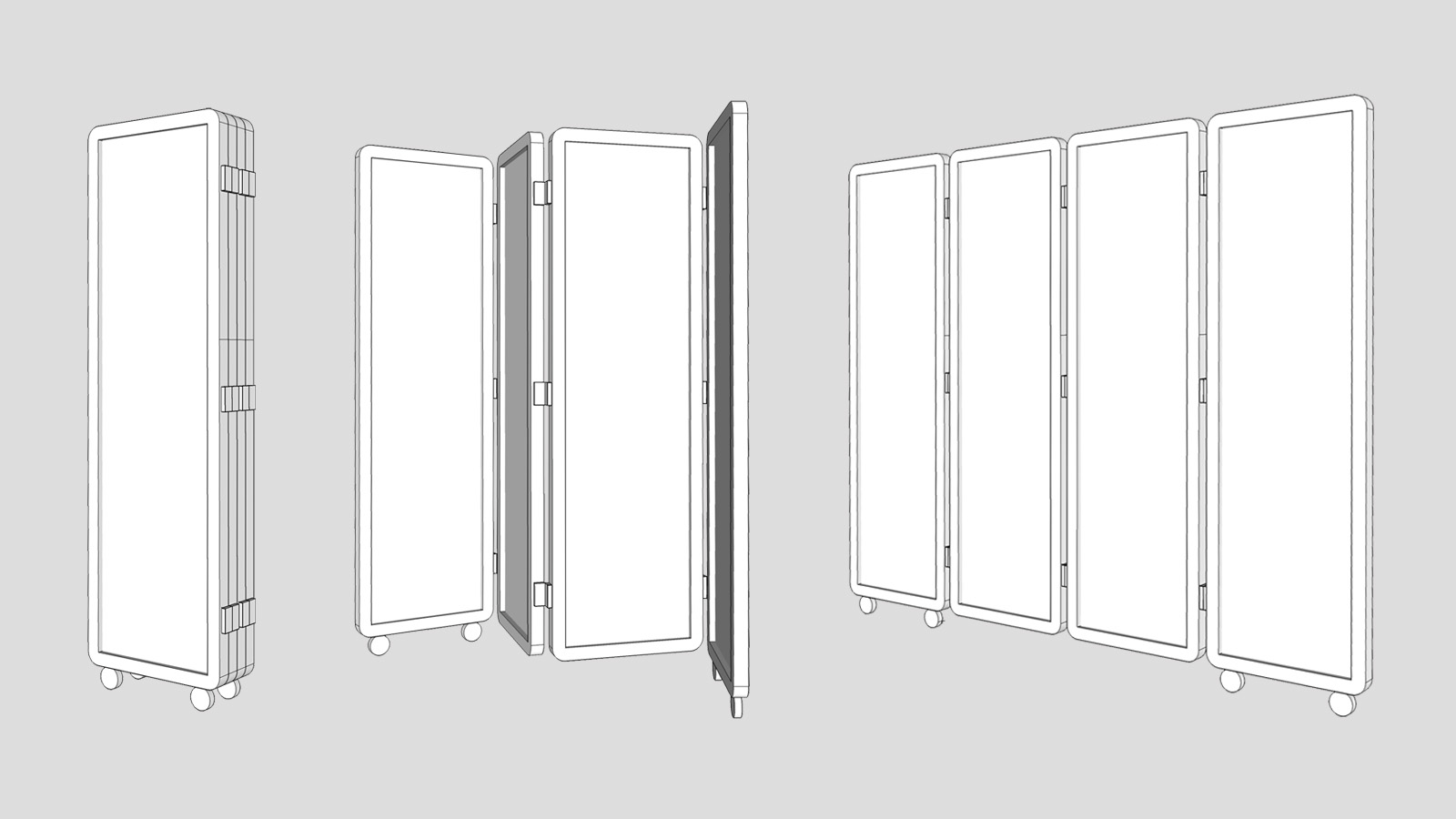 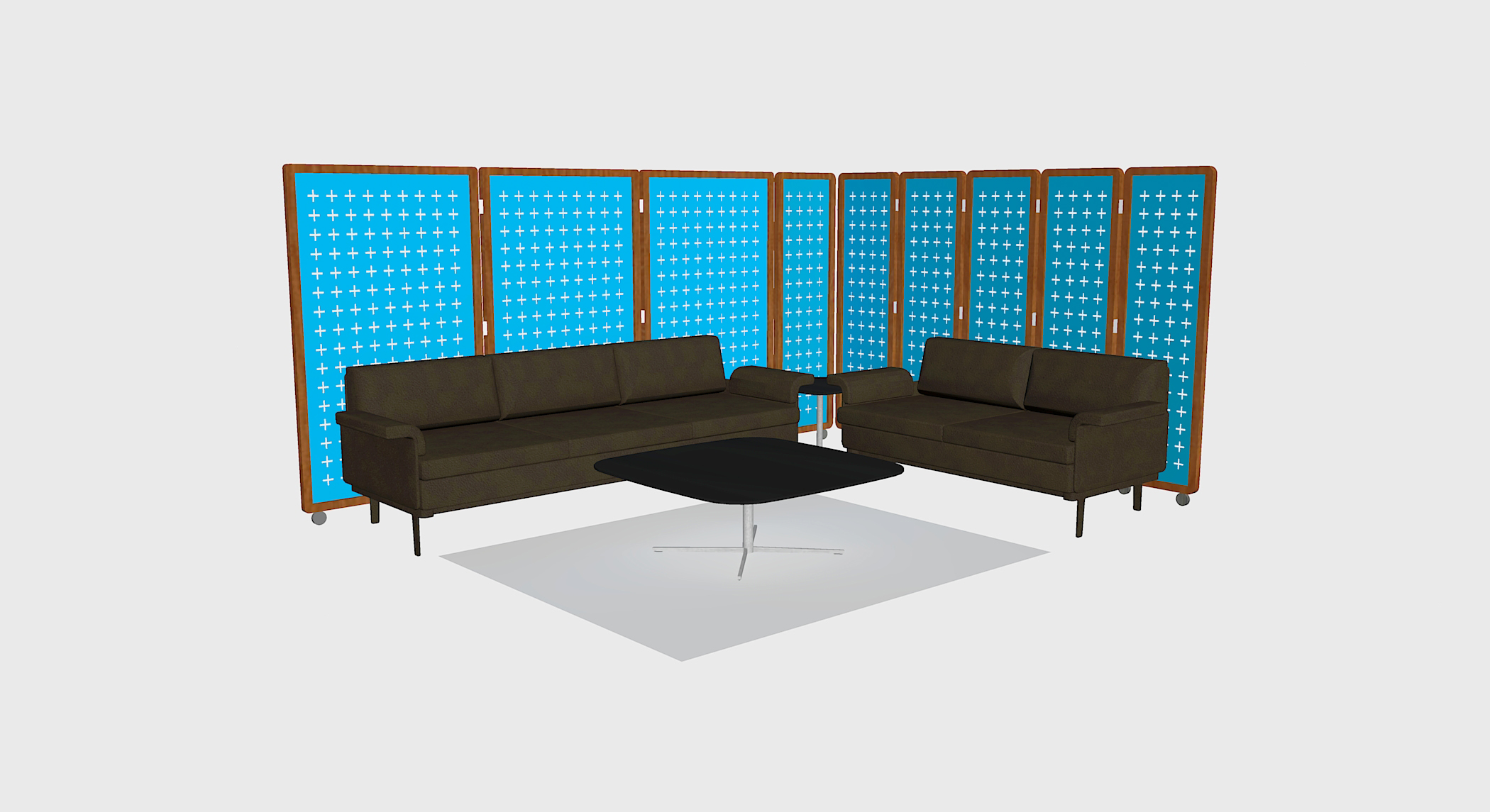 With two preset panel sizes (regular and wide) and multiple configurations, the panels have flexible functionality which can adapt to different use cases. This increases the opportunities to create home-like environments and experiences, such as children play areas, dining rooms, lounging areas and reading nooks.

The noise-insulating felt can be CNC-routed with customized patterns to suit the space's needs, bringing aesthetically pleasing environments to complement health and healing. 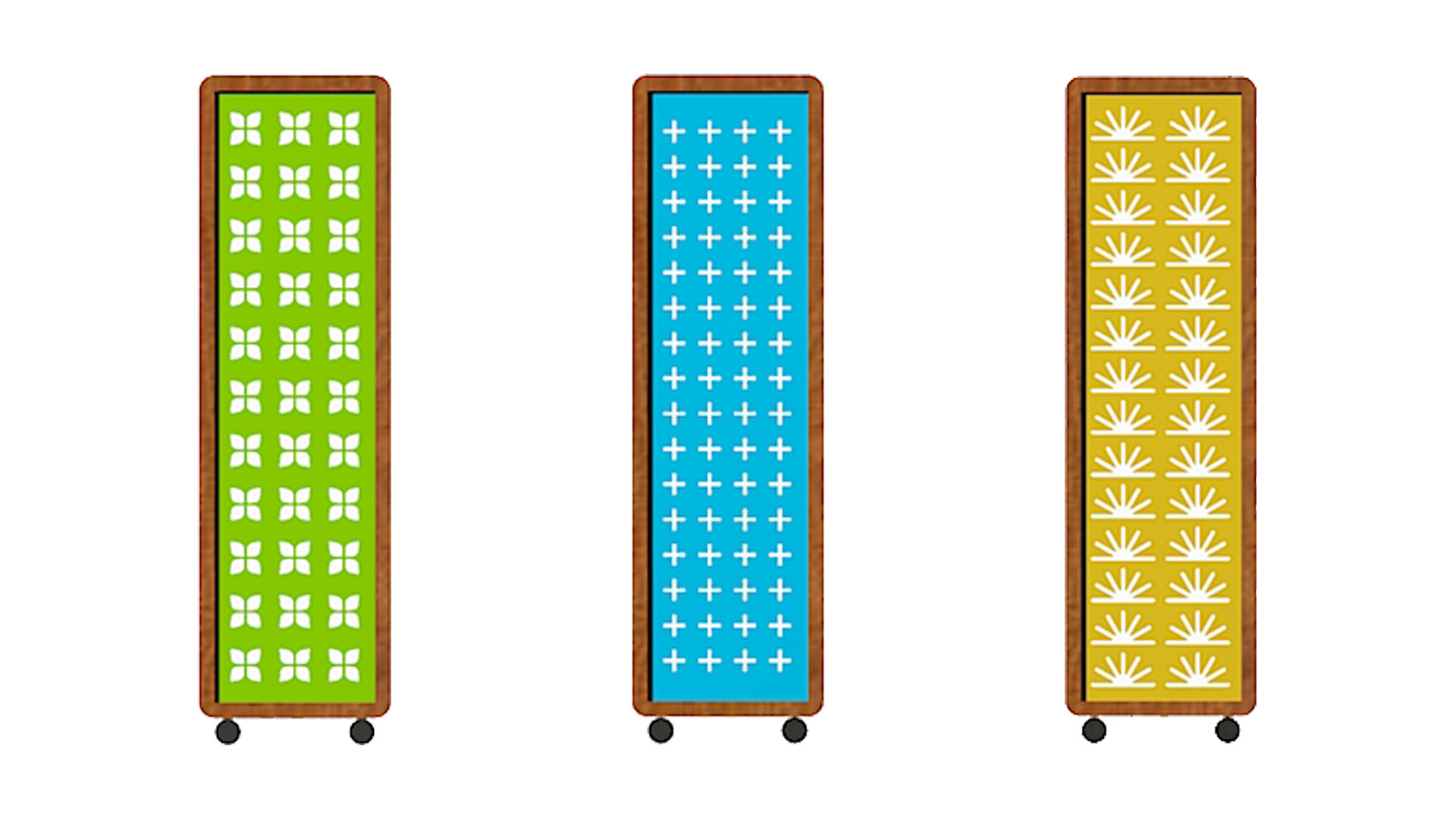 Overall, the site lead nurse was pleased with the concept and had shared the idea with Covenant Care, the health authority overseeing Foyer Lacombe. As a result, they were interested in the proposal and had planned to initiate a formal partnership to produce and test the product in the future.
Result
Copyright 2021 lawrence ly
TwitterlinkedinInstagram